Overview: Port Authority is a custom level made for Half-Life 2 with assets from the game. The aim of the level was to provide a fun, well-paced 5 minutes of gameplay inspired by some of the locations in HL2‘s Route Kanal level. 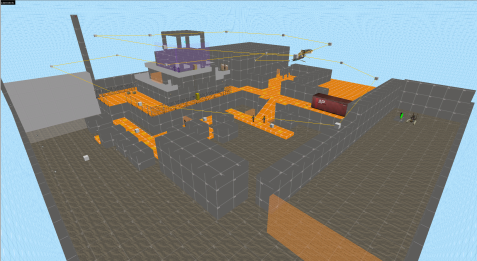 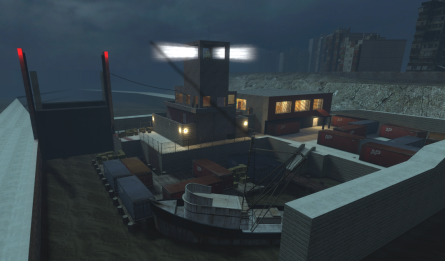 Click through this gallery for a visual walkthrough of the level, explaining ways I lead the player through the area: 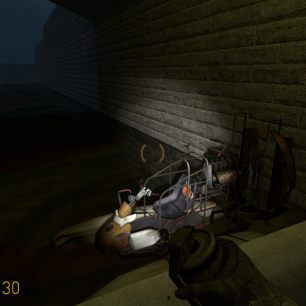 The player starts on a small dock, with an airboat floating in the nearby canal. 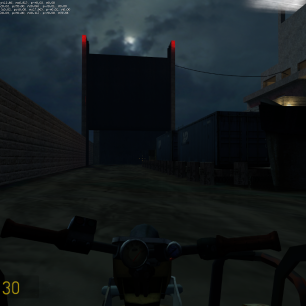 Turning right, the player sees a large gate being lowered, blocking their path. Sirens start coming out of the nearby lighthouse, implying that the gate control mechanism is there. 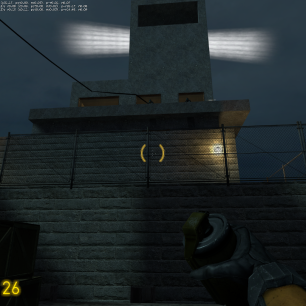 Arriving at the dock before the gate, the player’s attention is attracted to the right by two guards firing from the control room. 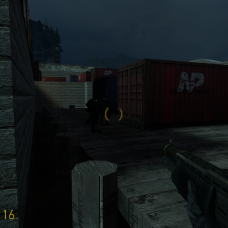 After dispatching those guards, the player heads right to proceed down the dock. Three more guards appear for the player to take care of. 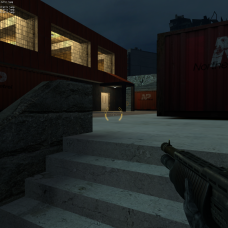 At the end of the dock, a small staircase leads the player to the ground floor, and points them to the entrance of the Port Authority building. The player needs to deal with another fight with guards here. 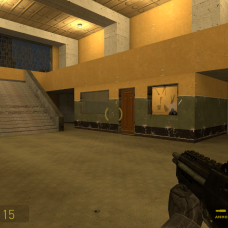 Entering the building, the player sees a large staircase to their left. Some more enemies appear, but a good source of cover is directly across the main area. 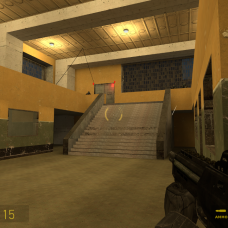 The view from the cover area shows a pair of doors with red lights, implying that they’re blocking the player’s path. 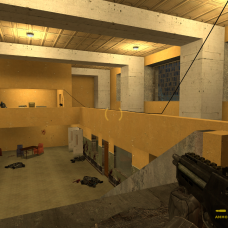 After taking care of the first wave of guards in the building, the player climbs the stairs, only to be attacked by two more enemies. This attack calls attention to the office area, as does the wire running to there from the door. 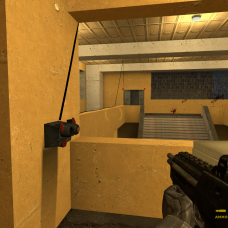 After dispatching those guards, the player can go over and hit the button to unlock the doors, which are very visible from the office. 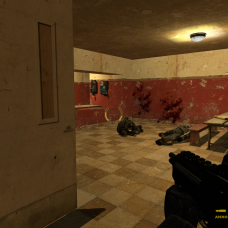 After walking a short distance outside, the player enters the second floor of the lighthouse. Four guards are waiting here, as are wall-mounted health and power stations. 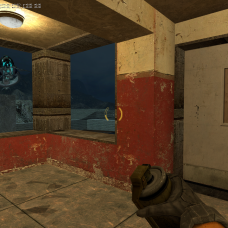 Climbing to the control room of the lighthouse, a gunship swoops in and shoots out the windows in an attempt to attack the player. 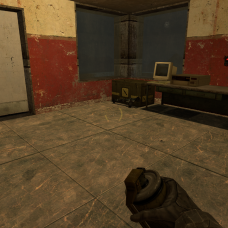 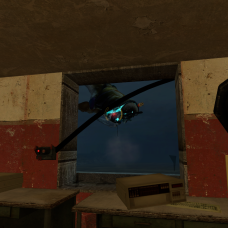 The player then needs to fight the gunship using the rockets, ducking fire behind the pillars between windows. 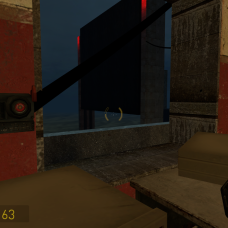 After defeating the gunship, the player then hits a button, and can see that the gate has finally been lifted. 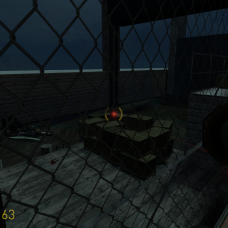 A quick climb down a ladder and a short drop gets the player back to where they left their airboat, allowing them to sail through and complete the level. 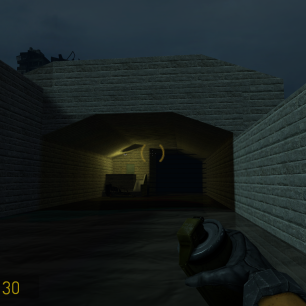 How the tunnel housing the player start appears in-game 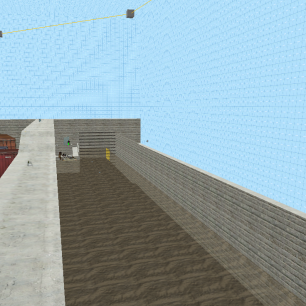 An in-editor shot showing what the tunnel actually looks like within the level. 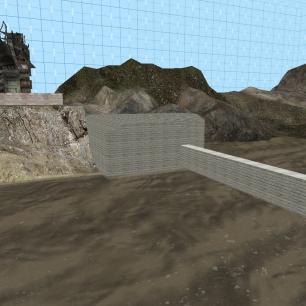 A shot from within the 3D skybox, showing what details had to be aligned with the actual level geometry.

Above: A comparison of how the first area in the level looks in-game and how it was constructed in the Hammer editor. An in-game shot from the top floor of the lighthouse, showing the 3d skybox and fog effects working to create an open-feeling area.